Mike Morrissey is a former bootblack, grocery-bagger, and soda-bottler. He has also been privileged to be a teacher, public school superintendent, university professor, and Fulbright recipient

Louis L’Amour and My Dad 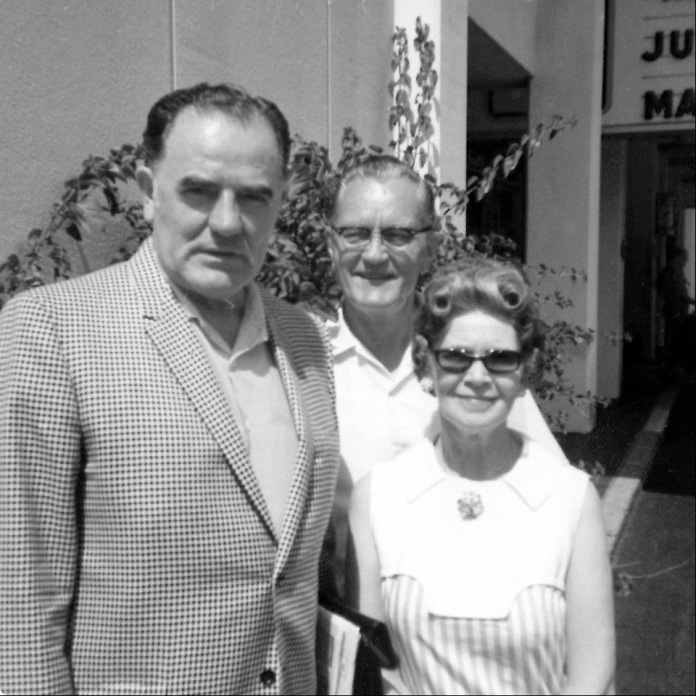 I met Louis L’Amour once, and at my age then, the meeting could not have been more perfect. He was passing through Valley City, or, alternatively, he had been brought there by Dad’s brother, Joe, from Jamestown, so that Lou might say hello to Dad after the passage of a lot of years since their last time together.   The time of the rendezvous was post WWII, the exact year of which I am unsure. But the meeting was perfect from my point of view because little was required, and nothing expected of me, a lad of eight or nine, circa 1949. The meeting is in black and white, the color of things post-war. Dad introduced me in the manner of “Son, this is my old friend, Louie L’Amour. We grew up together over in Jimtown…knocked down quite a few mallards back in the day, eh Lou?” I was able to shake hands, utter a syllable or two, and then get the heck out of the room. I disappeared at the earliest opportunity, never to converse with Mr. L’Amour again. If I had realized that he would one day be the most prolific author in the United States, I might have hung around longer. But more than likely, not. It was the way of young boys back then, a full load of tree-climbing and cave digging already on the week’s agenda…maybe a snake or two to be killed. I had heard of Louis L’Amour of course; had formed a picture in my mind’s eye from stories that Dad would tell about taking the younger lad (three years) hunting ducks and geese among the many sloughs that young boys could walk to from Jamestown, shotguns broken and cradled in an arm. Also, Dad’s brothers would mention Lou from time to time when the four of them were together.    After Lou had passed away and Dad was into his decline, I had a copy of L’Amour’s posthumously published Education of a Wandering Man when I visited my parents in St. Paul. “Hey Dad,” I said, “Do you remember this picture being taken?” showing him a picture from left to right, Dad, Uncle Rich, Evan Lougheed, Art Ringuette and Louis L’Amour, looking out over an early Ford pickup. (1922-23)

Dad, coming out of the fog of his newspaper article, took a quick look and responded, “Wonder where the hell he found that!” Then, as quickly, back to the newspaper article. In less than ten months, Dad would be able to ask ‘Ol Lou himself… perhaps as they meandered the duck sloughs of eternity.